Welcome back to Vintage Radio.

The NBN connection is now underway. Two final hurdles to jump before Vintage Radio is back online but thankfully these will not involve the bureauceacy or ineptitude I have suffered when dealing with two different companies with regard to one Internet connection! I now need an SSL certificate for the web server. This usually only takes a few days to deal with. Before I do that however, I have decided to reload the web server and set it up from scratch, just to weed out any lingering cobwebs. Whilst it is functioning well at the moment, one cannot be too sure of these things. I am also going to build a disaster recovery server - identical to the main web server but held in reserve just in case something ever goes wrong with the main one, switching to the secondary will temporarily have the site back up until the problem is sorted. This latter job will not lead to a further delay though.

A celebration is in order. Tomorrow is the 100th anniversary of the Royal Australian Air Force (RAAF) - the world's second oldest air force. The RAAF can trace its history back to the year 1911, when plans were hatched to create the Central Flying School here in Australia that would train pilots from all over the British Empire. This service later became the Australian Flying Corps, then the Australian Air Corps, operating as a militia. King George V approved the name change to Royal Australian Air Force on the 31st March, 1921 becoming the world's second operating air force. Today, the RAAF gives nothing but sheer numbers to any other nation's military air wing, operating some of the most modern and potent equipment in the world, including the F/A-18 Super Hornet, EA-18 Growler and the 5th Generation F-35 Lightning. Happy Birthday to the RAAF.

As part of the shift back to self-hosting of Vintage Radio my VR e-mail account is not working but will once my mail server finally has Internet access. At the same time, a new but temporary home page should appear here, indicating that the return of Vintage Radio is imminent. So if I have not answered any e-mails for the last couple of weeks, please forgive me, as I most likely did not end up receiving the correspondence.

We already know that in order to keep valve radios relevant, it is possible to build a small (valve or solid state) transmitter and feed a programme into it for broadcast onto a nearby valve radio. A couple of weeks ago, I ran into this thread on the British VR forums, outlining how a DAB module can be added to a valve radio to provide all the necessary tuning ability right inside the radio to tune in digital stations.

Note that this is for DAB, not DAB+, which is used here in Australia, and you would need to live in one of the state capitals to take advantage of it, assuming it is compatible with DAB+, but if all is well with both those challenges, here is the link:-
https://vintage-radio.net/forum/showthread.php?t=175036

Marcc has released an article showing how to repair a valve with a busted top cap. If you have such a valve, this is a good way to get it working again:-
https://vintage-radio.com.au/docs/valve-repair.pdf

Fred has released an article on the restoration of a Tasma console chassis. This is Part 3 of that article:-
https://vintage-radio.com.au/docs/saving-a-tasma-305-radio-set-part-three.pdf

This is what Brad has been up to of late - shifting house and unpacking radios!

The last six weeks or so has been quite un-nerving to say the least but now the rewards are starting to be realised. When a radio collector shifts out of a small place to a larger one, it means more radios can go on display. Below are two racks of some of the models I own. In the new year, once the VR forums have returned, some shelving will be acquired and set up to fit more in. Whilst there will never be room to display the entire collection, it's not fitting to own so many radios and not have them displayed so people can admire and appreciate them. 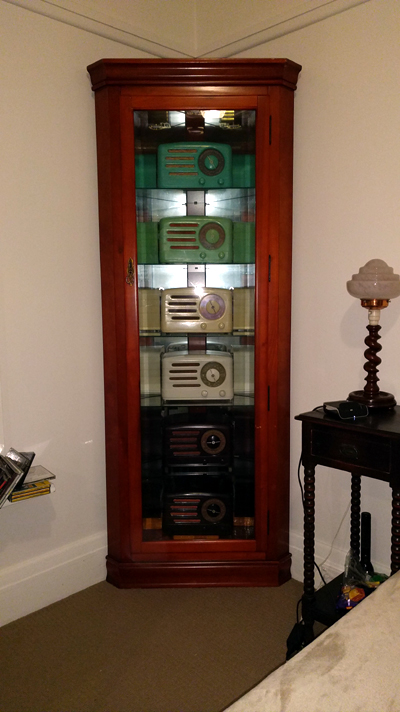 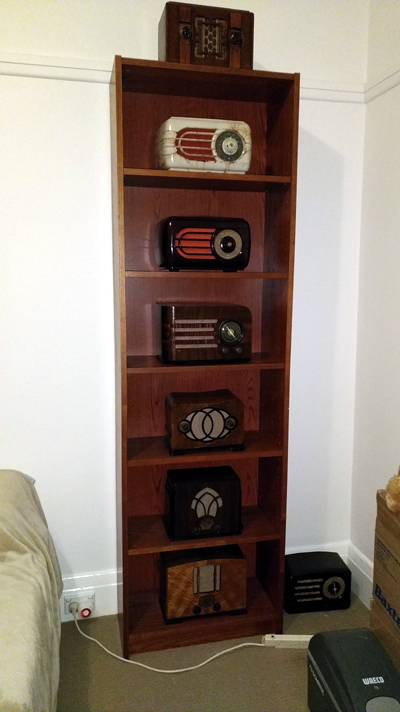 Fred has released yet another article, an AM field strength meter:-
https://vintage-radio.com.au/docs/am-valve-rf-field-meter-design-part-2.pdf

Fred has released yet another article, an AM field strength meter:-
https://vintage-radio.com.au/docs/am-valve-rf-field-meter-design-part-1.pdf

This STC console has landed in the collection of the site administrator in the last couple of weeks. The radio is in working order and complete original condition, aside from a few component replacements when it was restored about twenty years ago. Please check the photos attached.

Fred's recent article - A DAB to AM converter

Fred has released another article, this time on a DAB to AM converter:-
https://vintage-radio.com.au/docs/the-radiator-dab-to-am-2ch-convertor-2020.pdf

Fred tried to post an article to his thread on the Syncrodyne but the site went offline just before it could be uploaded. Here it is in living colour:-
https://vintage-radio.com.au/docs/syncrodyne-2020.pdf